Almost every man is likely to experience a receding hairline as he ages. Some men start losing hair in their 30s, which is commonly caused by genetics. When a man has too much of the hormone called dihydrotestosterone in his body, it takes away the nutrients from the hair follicles, causing it to stop producing new hair. This the most common cause of receding hairline for younger men, but it can also affect men later in life. Our body’s capability of producing nutrients also declines naturally as we grow old. This results not only in thinning hair, but also causes other visible effects of aging.

The good news is that we can customize a hair unit to minimize the appearance of hair loss. We are here To Help!

Men hairline types and which are more likely to recede? 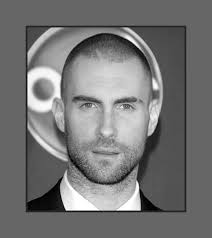 What is more predictive of receding hairline is the type of hair. Thinner or finer hair has more tendency to fall off early as compared to when your hair is thicker or stronger.

Hair loss comes with age. We men tend to think that we’ll age ‘gracefully’ with a head full of hair past our primes. What most of us don’t know is that a receding hairline is more common in men than women! About the age of 36, quite a number of us will begin experiencing a bit of hair loss. By 50, others might already have a pronounced baldness due to thinning hair. Well, it’s not all that bad since there are a couple of ways we can tackle this hair issue. For some of us, loss of hair is usually genetically acquired from our parents. However, there are other causes that are very preventable. Causes like infections, diets, chemical hair products, stress, even drugs! Some of these factors we can completely avoid for sure.

Before you opt to see that dermatologist, it’s better to try to identify factors that may be contributing to your receding hairline. Are you stressed? Actually, stressful events can affect our systems, altering our natural hair growth cycles. Major stresses can cause up to 40% hair loss in men. Finding ways to manage your stress levels should become a priority for any man out there trying to counter that receding hairline.

It’s important to ensure that our bodies are getting the right amounts of vitamins. Sometimes our bodies’ project poor health in hair follicles even before the real illness is diagnosed. Stick to eating healthy nutritious foods. Remember that you should never over consume one particular kind of vitamin.

For the guys with long hair, don’t pull back your hair in styles that are too tight. Don’t bind your hair for long periods because this will pull the hair out, damaging your hair follicles in the process. Over time, this results to a receding hairline.

Scalp messaging help improve and enhance blood flow to our hair follicles. This blood transports vitamins and nutrients necessary for hair growth. Scalp massages include use of essential oils like rosemary, lavender and cedarwood to prevent hair loss.

At what age does a male’s hairline normally start to thin and recede?

Males’ hairlines normally start to thin and recede at the age of 25 or above, but there are also some cases when it starts during a male’s adolescence period, and as he grows, his hair also starts to thin and recede. In a case in which the hair line of a male is receding at young age, the reason might be genetics heredity that triggers the alopecia. However, based on a study by the National Institute of Health, hair will become thin and the hairline will start receding commonly in older people – Almost 65 percent of men experience baldness or have a pattern of baldness, and 25 percent of those men start having those symptoms at the age of 30.

The average male will start to have their hair thin out around the age of 28 – 35 depending on their texture of hair and the products that they have used in their hair previously.

How long does it take for a hairline to fully recede?

That will largely depend on your genes and lifestyle. A person with whom there is a hereditary line of men who has a male pattern baldness will steadily lose hair throughout the years starting in his adolescence until senile years. Generally, a hairline can recede as long as the ear-lines and even cause full baldness in a person. Some person starts in the forehead, some in the temples, while others in their sideburns. Look at your male relatives or your own Father and see how his hairline is right now. A grandparent will give you a good glimpse of the potential hairline you will have in the future.

This sort of thing is very subjective. For most people it can take years for your hairline to recede enough to really even be a problem. Then it could take many more years for it to be mostly gone. You can try to look at members of your family to see when they went bald, if they did at all. Many families won’t ever go bald and will only have a slightly receding hairline.

Can chlorine cause your hairline to recede?

Receding hairline is inherited genetically. However, Exposure to a water with high concentration of chlorine may also contribute to receding hairline.

How long does it take for a receding hairline to make you go bald?

It depends on the severity of the situation. For some people, it may take about 5 years of gradual receding of hairline before they become completely bald. For others, when they reach a certain age, the process appears to be much faster. You may be able to slow down or completely prevent yourself from becoming bald, depending on the food you eat. The healthier you are, the more that your hair is able to stay in a good condition as well.

When do hairlines typically start to recede?

This actually depends from one person to another. There are people with a relatively higher hairline since birth. However, there are also people who would only start to experience this when they get a bit older, such as early 30s to 40s.

This also depends on how well you take care of your hair. If you use too much chemicals or are exposing your hair to harmful environments, such as too much blow-drying, then the likelihood of having a receding hairline much earlier is higher.